Within its commitment to the conservation of the marine environment, Freebird Catamarán has joined the Spanish Association of Marine Waste (AEBAM), an entity of territorial state, non-governmental and non-profit dedicated exclusively to the problem of marine waste.

This association was born with the idea of establishing an efficient associative framework that contributes to preventing and reducing the quantity and impact of the waste that reaches the marine environment, supporting the actions of the partner organizations, as well as promoting and sharing strategies to optimize the results of the joint or individual work of each member of the AEBAM 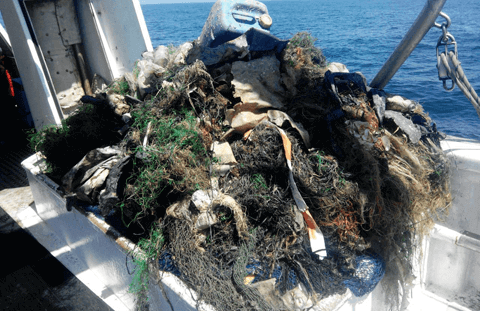 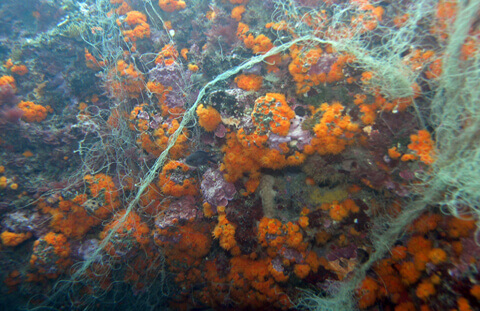 Marine litter is the main threat to the oceans, both because of its high quantity in the marine environment and its composition (mostly plastics which stay within this environment for long periods of time, sometimes over 200 years, which fragment into small particles. or microplastics), and can adversely affect individuals, whole populations and marine ecosystems.

Marine litter and, in particular, the accumulation of plastic waste, have been identified as a global problem along with other key current issues such as climate change, ocean acidification and the loss of biodiversity.

The impact on the ecosystem is enormous, since numerous species of cetaceans, turtles and birds become entangled in the plastics that float adrift.

There is also growing concern about the impact on human health, since plastic waste generates toxic substances in tiny particles that are ingested by microorganisms such as zooplankton, and enter the food chain. Consuming marine products that have ingested plastic microparticles can be harmful to our health.
Therefore, we must act as soon as possible and stop the growing problem of marine litter and the accumulation of plastics in our oceans.

Due to the exceptional situation experienced by our country by the Coronavirus pandemic (COVID-19),...

A Thorough Guide To Whale And Dolphin Watching On Tenerife

Here’s a thorough guide that talks about the kinds of dolphins and whales you can see being on a boa...

Best Family Excursions On Tenerife For A Memorable Vacation

Tenerife is one of the best holiday destinations, especially for families. On top of all the natural...

The senior citizens group of Adeje enjoyed a whale and dolphin watching excursion on the coasts of o...
18 January, 2020
23 February, 2018

We use cookies to offer you the best experience. By continuing to use our website, you agree to the use of cookies.I'm agreeMore info